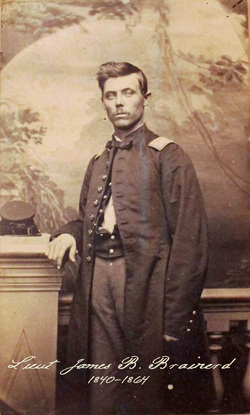 James Brainerd lived in Eaton Rapids, Michigan.  He was part of the 6th Infantry, Company H, and died on June 3, 1864. James died from pneumonia while under the care of the Sisters of Charity in Louisiana, after fighting in seventeen battles and skirmishes.

James and his two brothers, William M. and Frank J., all enlisted in the 6th Michigan Heavy Artillery when the war broke out and served under Second Lt. Peter Montgomery, also from Eaton Rapids. "Jimmie" was the only one not to return. His remains were returned and lie in the Brainerd family plot near the rear of the Rosehill cemetery in Eaton Rapids.

The post was later named in his honor, the G.A. R. James B. Brainerd Post 111, in 1883. By 1890 a hall had been constructed for the group at 224 South Main St. An auxiliary group was formed, the Women's Relief Corps. From 1908 till 1929 the annual reunions of the Eaton County Battalion were held at the G.A.R. Island Park just a block away from the Post.  At one point, there were 416 members of the Post, and both William and Frank Brainerd served as commanders of the post. 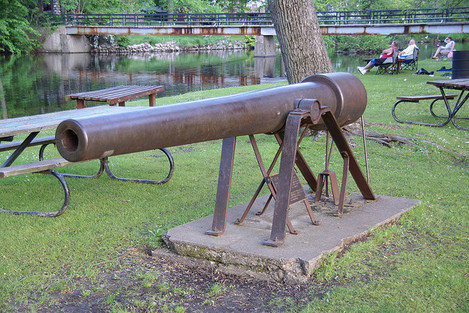 The Parrott Gun at the GAR/Island Park, just a short walk from the Post, where many G.A.R. encampments were held. 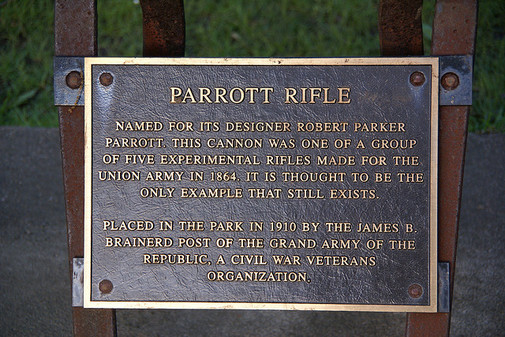